All started with a crazy idea

Torsten Jähnke, physicist, Frank Pelzer, MBA, and Jörn Kamps, physicist, became friends at high school. From there, they studied at the Humboldt University in Berlin sharing a student apartment. In 1997, they decided they wanted to have their own company rather than being employees of a large corporation.

Fascinated by all forms of nanotechnology through student jobs, Torsten Jähnke initiated the idea to develop SPMs into a business. In October 1999, the three friends, while still students, founded JPK Instruments AG using their owns funds.

They all successfully completed university with a diploma degree in 2000/2002. Also, in 2000, they persuaded another good friend, René Grünberg, to join the board. Just one year later at the 2001 NanoBioTec conference in Münster, they launched the NanoWizard®, the world's first dedicated BioAFM.

Between 2002 and 2006 the company's revenues increased tenfold and the roadmap for a powerful product line was developed.

In 2006, NanoWizard® II AFM product line came to market and the company was awarded with Deloitte's Fast 50 as Germany's fastest growing nanotechnology company in the same year.

JPK will continue to develop with power and passion high-end nanoinstrumentation for modern applications in soft matter and life sciences to serve a growing community of users worldwide.

Since July 2018 JPK is part of the Bruker Nano Surfaces Division. 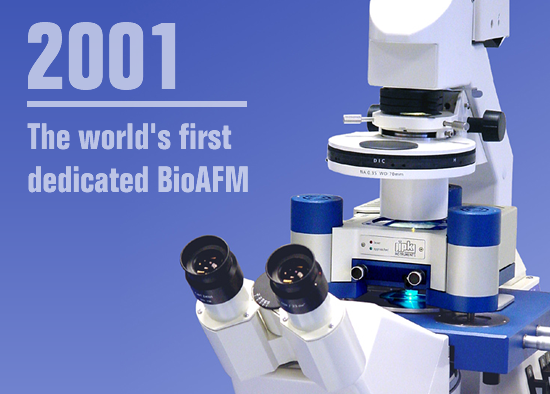